I am honored to serve you through

Living and Listening Inside Out

Michanda shares The Essence of Being  (includes audio podcast and transcript)

“Like the ocean I flow in many rivers and streams.

This is because I am moved by the flow of life in us ALL.”

“What didn’t kill me, didn’t make me stronger.   It broke me wide open so I could see, release, and be… love, compassion and light.”

Beginning as a young girl, I often felt like I didn’t fully fit in.  In fact, it was during my early years that I learned to find contentment by myself.  But not everything I learned in my youth and young adult years would prove so helpful.  It is in hindsight that I can see that I also developed some practices along the early part of my journey that I would eventually choose to unwind.

In my youth, I was uncertain how to deal with the deep sensitivities to my own feelings and thoughts.  Ultimately, I began masking them and playing the game of pleasing others and morphing into what I believed would make me more accepted.

Soon I found that I was also deeply sensing not only my own feelings and thoughts, but those of others as well.  Instead of responding to such experiences with truth, I tried to ignore such sensing.  Alternately, and sometimes simultaneously, I also attempted to provide shallow comfort to others, and even flat out placate people.

And then, I discovered there is more…

I discovered my authentic voice.

I discovered what I am here on this planet to do.

I am here to help others connect to their true self and to fulfill their inner purpose. 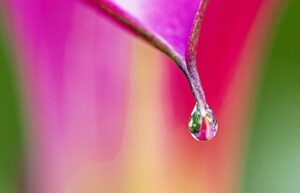 Some highlights along my journey

Young girl who felt deeply; who laughed and smiled but felt alone.

Teenager who wore the mask of external performance as an exchange for affirmation and affection.

Young adult who strived to be the next Katie Couric (back when she was on the Today show) and yet struggled within an industry that only touched the surface of other people’s stories.

Young married woman who created a hornet’s nest for myself by not listening to my inner voice.

Young single woman, raising her 18 year-old brother, who began to let go of what others think while deepening her spiritual roots.

Somewhat older young married woman and mother who struggled to hear and to be heard.

Minister (priest) who sincerely cared for others, but who traded her treasures for outer acceptance in an ecosystem tainted with hierarchy and lies.

Yogi who finds solace and harmony through practicing the integration of body, mind and spirit.

Age of 40:  a jolting awakening that released the burgeoning belief of Oneness and deeper love for all.

Healing from old wounds within me, scars from flawed, religious leaders, and learning to treasure it all as a gift for transformation.

Present:  Age of breath, stillness, presence and listening; Love and Light connected to all; Ocean who flows in many rivers and streams.

Season of Now: Coming out of the desert, out of the cave to share what is in me to share for the sake of connecting to, nourishing and assisting in the healing of others.

Sometimes we may experience feelings of resentment.  In this quick video I share why we feel resentment and what we can do. Resentment

THE FLOW LIFE I am truly filled with gratitude and enthusiasm to be ready to offer The FLOW Life to you.  It has been percolating within me for quite a while and now I know it is time to share. The FLOW Life  is a 6-week Online Experience that begins   Sunday, December 16 and continues …

END_OF_DOCUMENT_TOKEN_TO_BE_REPLACED

I certainly gave being in control my most valiant efforts.   In fact, no one would ever be able to say I wasn’t committed to trying.  That being said, now I know there is more peace-filled alternative to the fiction of being in control. Illusion of control